My interest in Martial Arts goes back to 1975, when I started practicing Tea Kwon Do at the age of 13. Later, during my studies in Natural Sciences and Philosophy, I continued my journey with the study of many other systems as karate, Jiu-Jitsu, Judo, Kobudo, Ki-Aikido Taiji Quan (Tai Ch Chuan) and Cheng Hsin, of which I reached black-belt levels in Karate and Aikido. It was the introduction into the Huang System in 1994 by Patrick Kelly, which finally

made me choose for Taiji Quan. In the subsequent years I trained with Patrick, Kee Jin Wee and Yek Sing Ong (three of the most advanced students of Master Huang), both in Europe as in Australia/New Zealand. In 1996 I started to teach Taiji  Although I closely follow the teaching of Kee Jin, I'm considerably influenced by the Alexander Technique, a highly effective 'western' body-mind system of which I became a certified teacher in 2002. 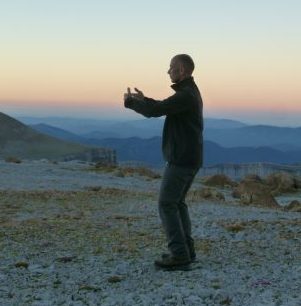